a word about the artist 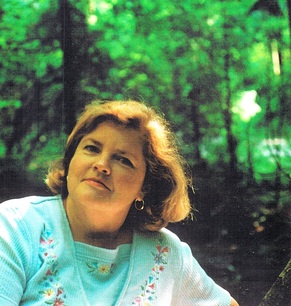 Dorothy J. Foster was born in Vancouver Canada. She earned a five-year Bachelor Of Secondary Education degree in 1969 with a double major in art. Her areas of specialization were drawing and painting, and graphics (printmaking). The late painter-printmaker Sam Black was one of her UBC instructors as was printmaker Bob Steele.

Dorothy taught art in Prince Rupert for six months then moved back to North Vancouver to take a new teaching position. After taking time to raise three sons she resumed her career. She has been teaching at Sutherland Secondary in North Vancouver for the past 20 years.

As a secondary school art instructor she has had the opportunity to work alongside and connect with artists such as Gordon Smith, Toni Onley, and Fred Hollingsworth while teaching art enrichment programs for North Vancouver School District's "Artist for Kids Trust."

Dorothy's talents also include designing greeting cards as well as cartooning, and has conducted popular cartooning classes for the past several years. Additionally she has a strong interest in local heritage. She wrote and illustrated a column in the "North Shore News" newspaper between 1991 and 1994. In recognition of her work, she was presented heritage awards, one from the City of North Vancouver and the other from the District of North Vancouver. Dorothy has also focused on drawing and sketching gardens, ponds, and rocks and water. Incidentally, "Rocks and Water" was the theme of her showing at the Ferry Building Gallery in West Vancouver in August-September 2000. She has shown at the Harmony Arts Festival and at the Van Dop Gallery, and her works are currently in several private collections.